The involvement of Admiral Husband E. Kimmel in the Pearl Harbor attack that took place on December 7th 1941 has two contradicting sides. 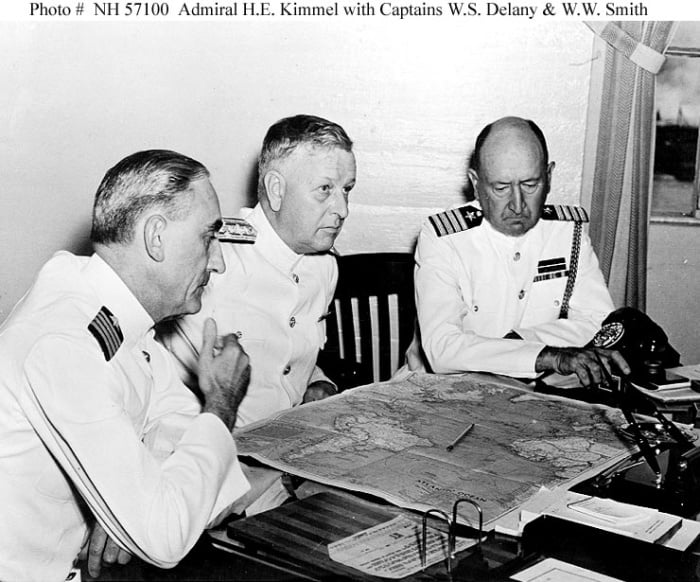 Admiral Husband E. Kimmel watched in disbelief though his office window the first explosion at the coast of Oahu and attack on USS Arizona on the morning of December 7. However, it is said that a man in his position must have known that Pearl Harbor was subject to a Japanese attack. The Roberts Commission looked into the events leading up to the attack and found Kimmel and Army Lieutenant General Walter Short guilty of dereliction of duty and poor judgment.

Kimmel Was a Scapegoat

The other side of the story is sympathy for Kimmel. Those who support him believe that he was a scapegoat for the truly negligent party—the United States government. Kimmel believed that he acted in the most appropriate manner he could with the limited information he had. To him, an attack on Wake or Midway Island seemed more likely.

You can hear the stories of Admiral Husband E. Kimmel at the World War II Valor in the Pacific National Monument at Pearl Harbor.