Pearl Harbor has a special place in everyone’s heart because of the significant events that took place here in the past. We have read about it in innumerable history books, seen various movies, traveled the memorials and also heard the stories from those many Pearl Harbor heroes. However, there are still so many facts about Pearl Harbor that you may not know. Visit Pearl Harbor today and rediscover more facts about it.

When the Japanese Forces attacked Pearl Harbor on the morning of December 7, 1941, more than 2400 military personnel and civilians lost their lives in the bombing raid. President Franklin D. Roosevelt had declared it as “A date which will live in infamy.” The attack on Pearl Harbor had done far more damage to the nation and its people than any other event in the history of the United States. There were thousands of brave soldiers who endured this gruesome attack while fighting for this nation and lived on to tell the harrowing tales of what happened that day.  We have brought you some interesting facts about Pearl Harbor that may not be so well known. Want to explore the untold story of Pearl Harbor? Book your Pearl Harbor tours now!

It Wasn’t the Start of the Pacific Theater

Most of the time, when we read about World War II, it is said that the Pacific Theater did not start until the United States of America entered the fight. In fact, as opposed to that, the war in the Pacific actually began just moments before the attack on Pearl Harbor started.

A large number of Japanese Forces had left Thailand for Malaya, the Philippines, and the Dutch East Indies. It had finally landed in northern Malaya just hours before to the first bomb hitting the USS Arizona. At that time, Malaya was under British control. Senior officers in the Japanese Navy opposed a full-scale Pearl Harbor attack. Admiral Yamamoto, commander-in-chief (C-in-C) of the Combined Fleet was the man who went ahead with the operation. However, an officer senior to Yamamoto was a very significant critic known as Admiral Nagano. He was the chief of the Naval General Staff and did not have much confidence in air power. Nagano was wary of risking so much of the fleet in a distant operation. However, Yamamoto directed the use of all six big carriers and even threatened resignation so that the decision could be made in his favor.

The most significant reason why Japan launched a surprise attack on Pearl Harbor was to disable the U.S. Navy completely so that they are unable to participate in the war that was going on in the Pacific. Although a lot of the Navy’s larger battleships such as the USS Arizona, were profoundly damaged and sank, a lot of the ships that were lost were resurfaced and were readied for the wars years later.

As it is evident from the history, the United States after joining the Allied forces on both the European and Pacific fronts wasn’t entirely broken or wound up after entering the war. 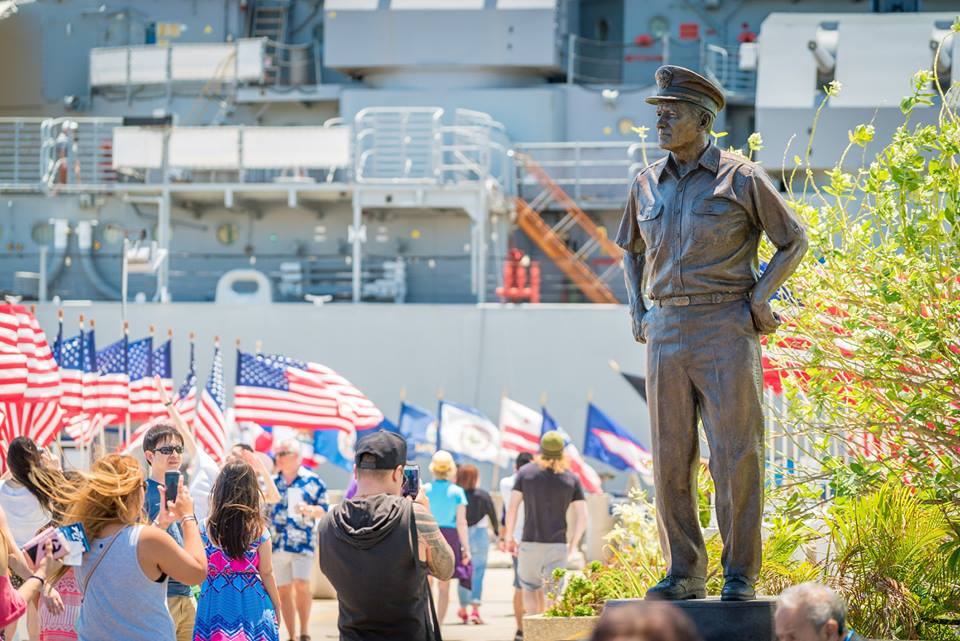 Germany Was Mostly Unaware of the Attack

Although it can appear logical that the Germans would have had some information about the attack planned by Japan on Pearl Harbor, however, that was not necessarily so. It is known that the European power was knowledgeable of Japan’s plan to act in Southeast Asia and the way it would surely catch the attention of the British and the United States, there was no straight link between Pearl Harbor and Germany. Moreover, the United States only declared war against Japan as the advisors of President Roosevelt thought it is best to allow Germany to make the first declaration. It was only after Hitler announced going to war with the United States that Congress unanimously agreed to the war in Europe.

Odd as it may sound but it is noted that Japanese tourism is a major factor in Hawaii’s economy. As of 2007, Japan tourism to Hawaii was bringing in more money as compared to American tourism and most of the tourists ensured that they visit Pearl Harbor.

Despite Japan’s attack on the harbor and the war, the relations of U.S. and Japanese relations have improved as the two formed an alliance in 1960 with the Treaty of Mutual Cooperation.