*Prices subject to change based on Airline availability

See the Big Island’s Kilauea volcano on a day long inter-island tour from Maui. Round trip Airfare, 45 Min helicopter tours, and land tour to the Hawaii’s most active volcano are included.

Kilauea Volcano has been erupting for over 30 years, continuously. On the Big Island rising above the rainforests of Puna is Kilauea Volcano. Sometimes shrouded in low rain clouds, it’s not that visible. Like many of the secrets of Hawaii, it doesn’t look like a treasure hidden from view. But, yet there it is, spewing molten lava at a rate that is adding square miles to the coast of the Big Island. Discover Hawaii Tours Volcano Tours give you a couple different options to see this spectacle up close and in person.

This private tour begins with a flight to Hilo, Hawaii. From here it differs from any activity in Hawaii. Blue Hawaiian Helicopters Circle of Fire flight is just on the other side of the tarmac. The flight lifts up from the heliport flying over Akana Falls on the out skirts of Hilo. Akana Falls is the largest and most spectacular of any waterfall in Hawaii. You will see it from above as it roars down to a deep pool with a zipline racing across its face. The flight veers east towards Kilauea and you can see it looming, smoking, and pushing lava out of its main vents from afar. The helicopter tour of Kilauea takes you not over the caldera, but also follows the stream of lava as it slowly works its way down the slopes, pouring into the ocean. You will witness the power of Kilauea as its lava rages as it meets the cool waters off the coast. Steam plumes rise hundreds of feet into the sky, you can scratch seeing an active volcano off your things to do in Hawaii. The helicopter tour of the volcano is a 45-minute flight.
Once you arrive back at the heliport the tour resumes with a drive up to the Kilauea Crater. Fern tress crowd the road on both sides as you rise up the flanks of Kilauea. Once in the National Park your tour visits the Jagger Museum, the Puu Vent Crater and a host of other sites along the rim of the volcano. Volcano House, is a restaurant overlooking the main caldera. Its windows have a direct view into the crater where it all began. Here a no host lunch is offered. The journey continues around to the coast where you can walk on lava flows to view where the lava comes out to dump in the ocean. This is the single most breathtaking sight in Hawaii. Relish the moment. Winding your way back to the airport, the tour makes several stops depending on the season. Some stops may include a coffee plantation, mac nut orchards and a fern tree forest. Out of all the tours in Hawaii, regardless of the island, this is the most exciting of them all. Take a day and explore the active volcano on the Big Island and you will have memories that will last a lifetime. The bus used for this tour is a large one. The tour consists of guests from both Oahu and Maui. It’s a very popular activity and advanced reservations are required. 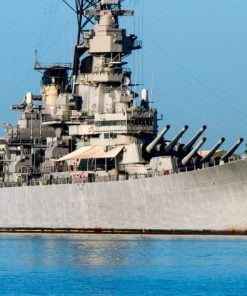 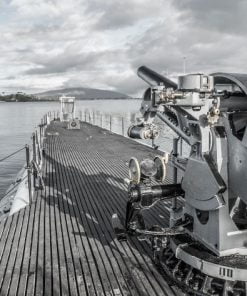 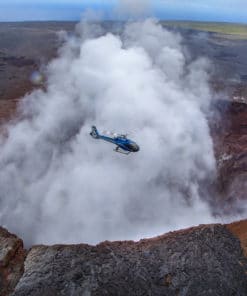