Pearl Harbor is mainly known for three reasons. Some consider it to be a wonderful holiday destination having beautiful beaches and resorts while as others know it as the headquarters of the United States Pacific Fleet. However, it is mostly linked to the naval attack carried out in 1941 by Japanese troops on American soldiers. This attack acted as a catalyst for the Doolittle Raid.

In any case, Pearl Harbor is considered to be an amazing destination with abundant tours that take you to numerous interesting places including Hawaii’s largest natural harbor.

The beautiful destinations range from historical to geological, beaches to golfing, resorts to gastronomy, and more.

Below are the ten best Pearl Harbor tours you must take and enjoy. 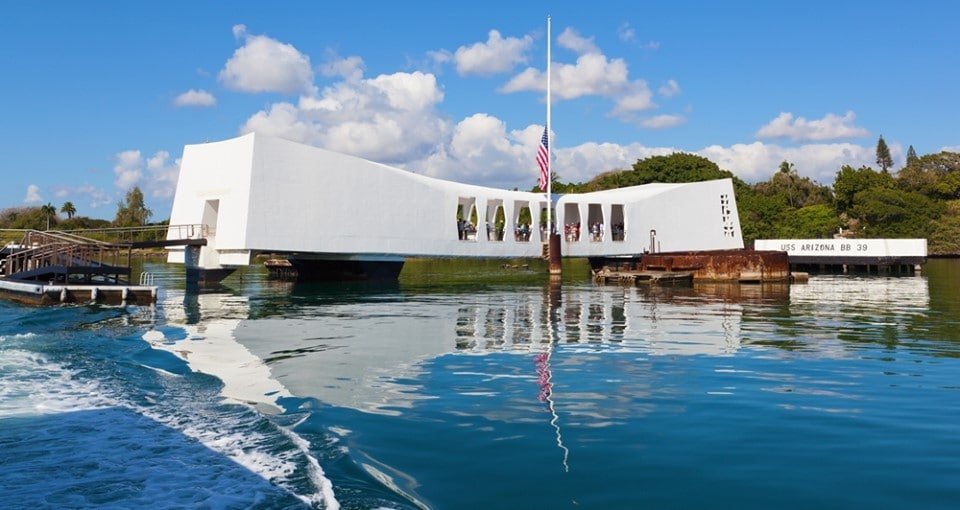 Visit the most visited attraction in Hawaii, the USS Arizona Memorial. It is the resting place of the sailors who lost their lives in the attack of 1941. This tour starts with a narrated boat tour around the USS Arizona Memorial with three departures at 8 am, 10 am, and midday. It follows a visit to the Pearl Harbor Visitor Center.

It will inform you about the aftermath of the attack and the incidents that followed the attack. You will get an opportunity to see the artifacts including the photos of the battle and even the personal memorabilia from the soldiers.

You can visit the memorial in a boat shuttle. The memorial was built over the remains of the Battleship USS Arizona. Here you can pay your respects to the 1,000 crewmen who lost their lives in the attack.

Hotel pick-up and drop-off from any hotel in Waikiki are included in this tour. It takes you aboard the USS Arizona Memorial.

You will be informed about the notorious attack and the reason the United States took part in WWII.

You can visit the “Road to War” and “Attack” museums and see the genuine film footage of the incidents that happened on that day.

In your tour to downtown Honolulu, you can see the iconic destinations including the Iolani Palace, where the Judiciary History Center and State Supreme Court are based. You will finish the tour with a historic touch

Go on a 2.5-hour audio tour of the USS Arizona Memorial which talks about the siege of Pearl Harbor in great detail.

Two museums “Attack” and “Road to War” are two of the many renowned attractions of the Pearl Harbor Visitor Center.

This is an award-winning the tour and it comes with the National Park Service stamp of approval. You get to watch a fascinating 23-minute multilingual documentary in this tour and it is things like these that make this tour a feast for history buffs. 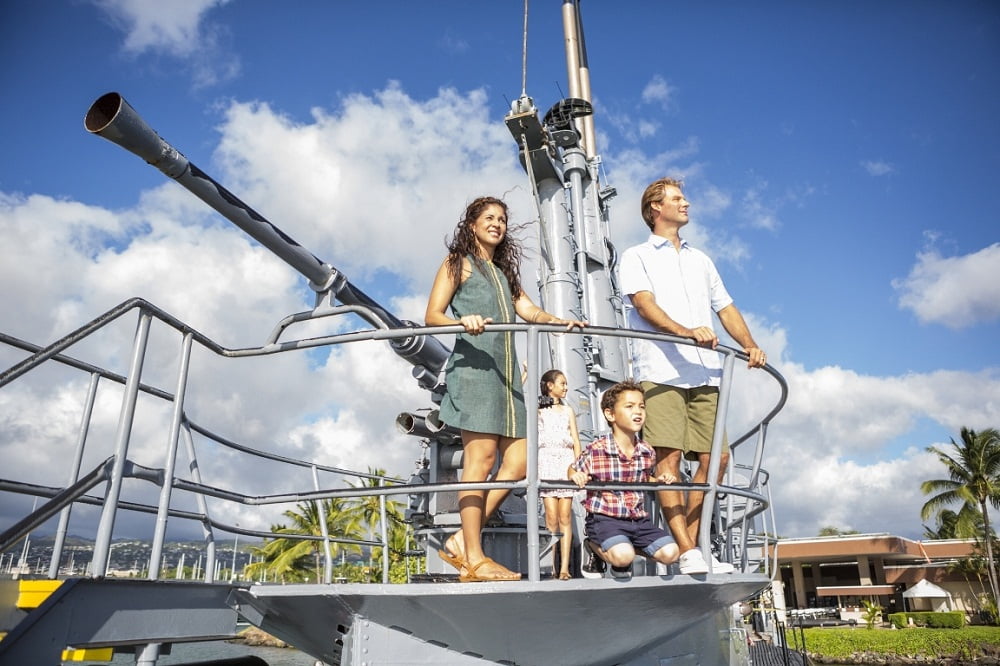 The attractions that this tour offers will make you forget all the hassle you might have gone through so far in your trip. Your round-trip transportation to and from Waikiki as well as the tickets granting admission to the three main points of interest, all will be taken care for you.

You will be provided a complimentary light lunch (soup or hot dog). As you are moving back from Waikiki, you can take a detour through the historical Honolulu downtown.

It is a 5-6-hour tour which gives complete historical information about the Pearl Harbor attack. You can also visit the major U.S. treasures: the USS Arizona Memorial as well as the Battleship Missouri Tour.

The USS Arizona Memorial is on the remains of the Battleship USS Arizona. This memorial has more than 1.8 million visitors per year. Visit the Battleship Missouri in a shuttle boat. This was the last American battleship. It served for 5 decades and then it was decommissioned.

Its nickname was Mighty Mo and it is where the Japanese surrendered and WWII came to an end.

Be ready for an executive-level excursion of Pearl Harbor. It begins with a chauffeured ride either from the airport, port, or your place of accommodation. It will be a narrated boat tour around the USS Arizona Memorial. You will also be given a complimentary audio guide as you explore the Aviation Museum.

This tour is incomplete if you don’t visit the Road to War Museum and the Pearl Harbor Visitor Center. Here you can watch the actual footage of the Japanese attack on American naval soldiers and Marines.

This is a 6-hour land and sea day tour that will take you on a historical expedition of the island of Oahu, aka the Gathering Place.

Get on a historical trip of the island of Oahu, also known as the Gathering Place. This is a 6-hour land and sea day tour which starts with a trip to the Arizona Memorial and Pearl Harbor. This tour will walk you through the events that unfolded on the morning of the attack and which is caused America to join WWII.

Do make a stop at the Punchbowl National Cemetery, and then go ahead to drive through the Courts of the Missing. It is a memorial made in honor of soldiers that were missing from WWII, the Korean War, and the Vietnam War.

An overview of Honolulu’s historic district ends the tour. 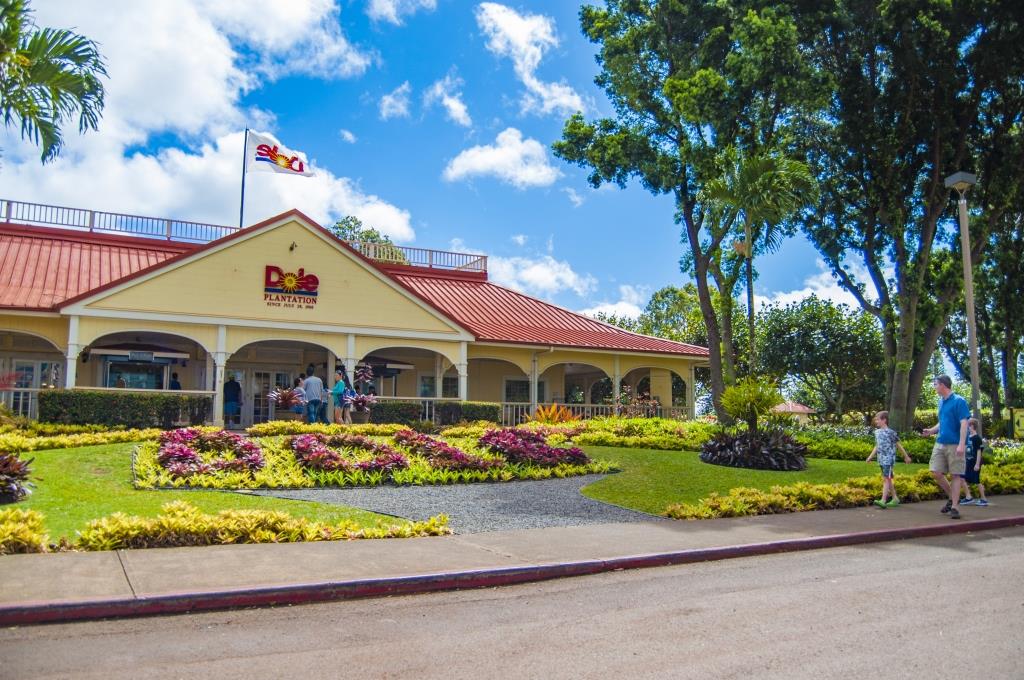 This tour offers you a bit of everything the lagoon harbor has to offer with an expert guide to aid you. Revisit the history as you visit the WWII “Valour in the Pacific” Monument and USS Arizona Memorial.

After this fulfilling experience, take a boat ride to the USS Arizona Memorial structure to witness the remains of the iconic battleship. After making a stop at Dole Plantation, this 10.5-hour tour will take you to the famous North Shore surf spots that include Waimea Bay, Banzai Pipeline, and Sunset Beach.

Visit the Ni’uana Pali Lookout and make a stop at Hanauma Bay.

It is an 8-10-hour tour which provides round-trip transportation and tickets to the USS Missouri Battleship, the USS Bowfin submarine, and the Aviation Museum.

Witness the USS Oklahoma on Ford Island and get to know about some rich history at the “Road to War” and “Attack” museums.

The USS Arizona Memorial is a must-visit attraction. Go on a drive through downtown Honolulu and witness its innumerable attractions as you make your way from Pearl Harbor.

10. Pearl Harbor, USS Missouri, Iolani Palace Full-Day Tour
Take this tour to visit the topmost attractions of Oahu.  It begins with a stop at Pearl Harbor. From there take a Navy launch to the USS Arizona Memorial. It is where the Japanese brokered a peace deal to end WWII.

You will get a guided tour of the USS Missouri battleship. You will also get to visit downtown Honolulu. On your way back you can witness attractions like the Kawaiahao Church and the prominent statue of King Kamehameha the Great. If you’re staying at a condo on Maui, you can still take the trip with a one-day getaway tour.

This tour ends with a drive through the Punchbowl National Cemetery.