A Pearl Harbor tour from Maui is your chance to take a ride in history and live those fateful times. Right from the morning of December 7, 1941 when the Japanese attacked Pearl Harbor to the moment their forces surrendered on the USS Missouri Battleship, you will experience it all. You can easily visit the top four Pearl Harbor sites in a day, making the whole experience last in your memory for a long time.

While reaching to Pearl Harbor, the first place you will visit is the USS Arizona memorial. Be sure to book tickets to the Arizona Memorial in advance to avoid hassles. At Arizona Memorial, you will get to experience the tour by watching a 23-minute documentary about the attack. A Navy vessel will then ferry you across the harbor to the USS Arizona Memorial. It is when you look down into the water; you will see the hulk of the USS Arizona lies submerged. During the surprise attack by the Japanese forces, it was on this ship that 1177 crew members lost their lives. The names of the valiant crew members that were martyred in Arizona are carved in stone at one end of the Memorial. Most interestingly, you will also observe a gloss of oil at the blue water surface. Even after 70 years of the attack, drops of oil continue to leak from the hull of USS Arizona, thus deriving the name ‘Black Tears of the Arizona’. 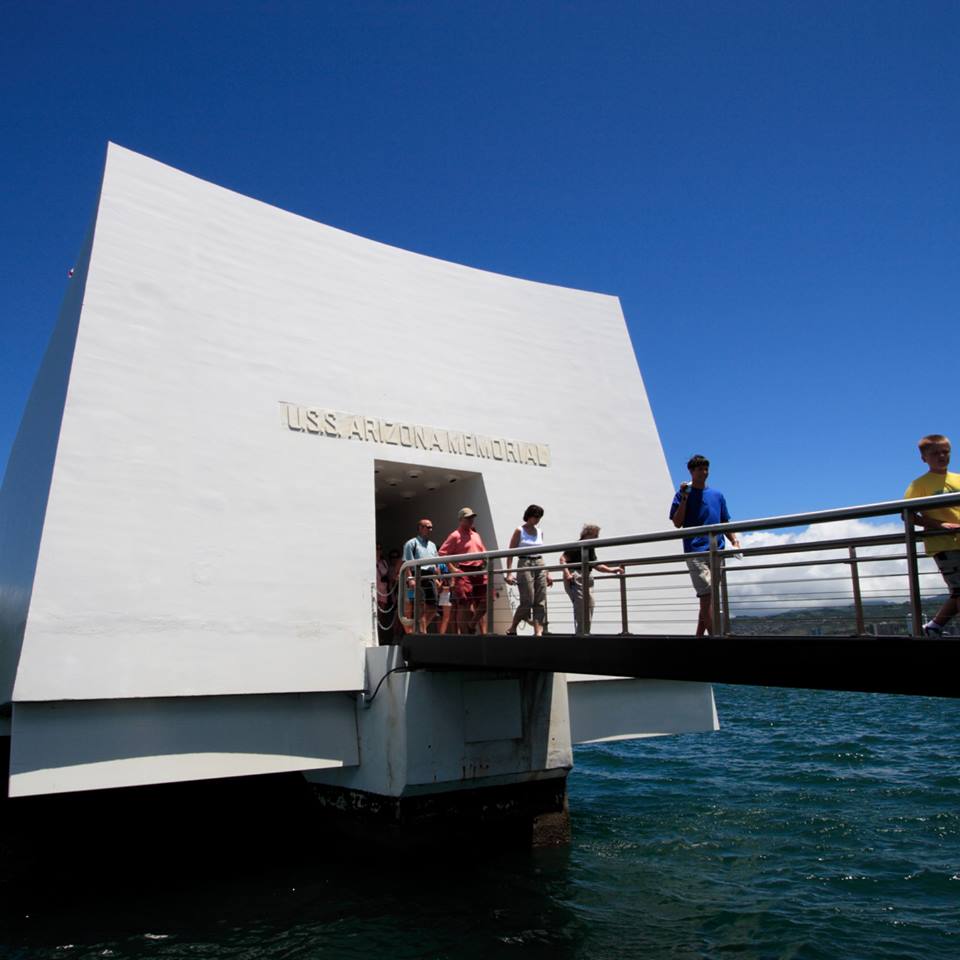 The other significant memorial close by is the USS Missouri, also called as the ‘Mighty Mo’, the Iowa-class battleship on whose deck the Empire of Japan surrendered, on September 2, 1945 when the ship was in Tokyo Bay, Japan. Thus the World War II had formally ended. However, there are other historical sites in Pearl Harbor that you can visit such as the Pearl Harbor Aviation Museum, the USS Oklahoma Memorial, and the USS Bowfin Submarine.

Situated on the island of Oahu, Pearl Harbor is called as the “Gathering Place.” Honolulu is present on this very island. If you are staying in Maui, we provide a number of one-day tour choices to Pearl Harbor memorial sites. This way, you can choose from an assortment of options which suits your tour requirements.

We provide a self-guided package from Maui to Oahu. If you are looking for Pearl Harbor tours from Kapalua Maui, let us know and we will take care of all your requirements such as bookings, a skilled guide to show you Oahu for a day, and also entry to all the battleships, museums, and other Pearl Harbor historic sites. And for those who want to see the Arizona Memorial but also do some sightseeing around the island of Oahu, we offer the Oahu Circle Island tour for making your vacation a memorable one.

Depending on the kind of tour you have chosen, you can get the chance to see the museum exhibits and the bookshop at the Pearl Harbor Visitor Center. Then you can also visit the Historic Downtown Honolulu. With the assistance of our skilled and expert guides, you will get to know about Hawaii’s royal history and see the popular landmarks related with islands’ time as a kingdom such as the Iolani Palace, Kawaiahao Church, King Kamehameha the Great Statue, and Aliiolani Hale.

Our tours are planned and crafted after years of meticulous research and experience. By booking with us, you will get the chance to see the history of WWII like never before. Book your tours now!