Waikiki is the famous beachfront neighborhood of Honolulu on the south shore of Oahu island. Waikiki is most famous for Waikīkī Beach, designer fashion stores, cocktail bars, fine dining & more. In case you are running short of time but want to see the famous landmarks around, you can make a visit from Waikiki to Pearl Harbor. Numerous tour packages are available for you which includes round-trip transportation from Waikiki, sightseeing, a professional tour guide, and tickets to the famous Pearl Harbor Visitor Center as well as USS Arizona Memorial. Book your Pearl Harbor tours now and get ready to visit the most famous & historical place of Hawaii. In order to make the travel planning easier for you, we have brought you a comprehensive itinerary that includes everything you will do and encounter on your trip to Pearl Harbor.

Your tour will commence in the morning when the tour guide will pick you up at your resort or hotel where you are staying in Waikiki, Honolulu. The experts and skilled guide will brief you about the history of the place you are visiting so that you are familiar with the place. Upon reaching Pearl Harbor, you will see the WWII Valor in the Pacific National Monument followed by the visitor’s Center and Museum. You will have plenty of time to see the numerous exhibits and exact models of items that recount the terrible story of the Japanese surprise attack on the US Naval base on December 7, 1941. You will be then taken to the USS Arizona Memorial and the USS Missouri Memorial. The guide will then take you through the National Memorial Cemetery of the Pacific. It is also called as Punchbowl Cemetery as there are 38,000 markers honoring the brave men and women who gave their lives for the security of their nation. En-route to other landmarks, such as the Hawaii State Capitol Building, King Kamehameha Statue, and Iolani Palace, you will get to know more about Hawaii’s history and culture through your guide’s commentary. As the day will draw to a close, your guide will drop you off at your hotel.

Pearl Harbor is situated in the west of Honolulu, on the island of Oahu, Hawaii. It is a lagoon harbor and most part of the surrounding lands act as the United States Navy deep-water naval base. Millions of people visit Pearl Harbor throughout the year to pay respect to those brave soldiers who lost their lives in Pearl Harbor attack on December 7, 1941. Book your Pearl Harbor tickets now!

One of the highlights of your trip, USS Arizona Memorial acts as a remembrance of the valiant American soldiers who lost their lives during the Pearl Harbor attack by the Japanese Forces. The ship denotes the final resting place of more than one thousand martyred soldiers.

Known popularly as the “Mighty Mo,” USS Missouri is a museum ship in Hawaii. But once it was a US Naval battleship and is a very important part of the history as it was on her deck that the Japanese forces surrendered to the United States in the World War II.

Being the capital city of Hawaii, Honolulu is often the first stop for tourists who arrive from all across the globe. It is present on the beautiful island of Oahu and provides best glimpses of Polynesian culture and history to the tourists.

National Memorial Cemetery of the Pacific

Located in Honolulu, Hawaii, the National Memorial Cemetery of the Pacific is a military cemetery that honors the US Armed Forces. It is one of the most visited tourist places. 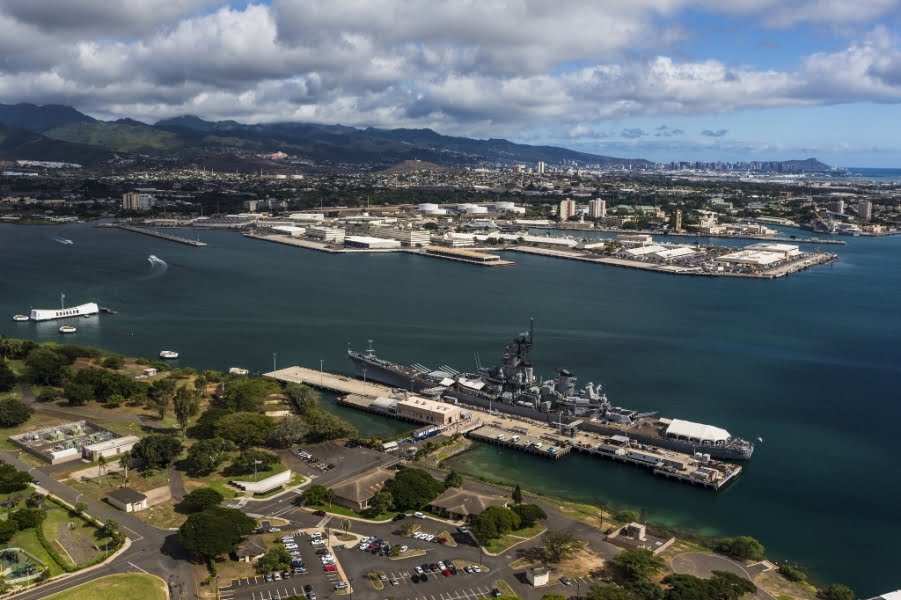 So take in the most of the breathtaking scenery and pay your respects to these world famous historical sites to make your Pearl Harbor trip memorable.