Experience a riveting historical Pearl Harbor tour that brings you face to face with the beginning and end of WWII with visits to two famous battleships: the USS Arizona Memorial and Battleship Missouri Memorial.

Join us on a powerful historic journey starting with the surprise Japanese attack on Pearl Harbor December 7, 1941 that catapulted the U.S. into World War II and culminating with the September 2, 1945 surrender that ended the global conflict. Book your tickets now and explore the Pearl Harbor Battleship tour in Oahu.

En-route to Pearl Harbor, our expert guide will recount the pivotal events leading up to the early morning aerial bombardment. Upon arrival at Pearl Harbor, you’ll begin with the USS Arizona Memorial Experience. Learn about the 1,177 seamen who tragically perished when the USS Arizona was bombed and sank within minutes in the 23-minute documentary featuring original archival footage. Imagine what that morning was like for these sailors as you cross the harbor to the Memorial on a Navy vessel. As you step aboard the USS Arizona Memorial, you’ll notice an air of quiet contemplation and honor.  You are standing over the sunken battleship, the final resting place of these fallen heroes. Pay your respects to these brave seamen in the Shrine Room where their names and ranks are etched in marble. And look into the harbor where oil drops – “Black Tears of the Arizona” – continue to rise to the surface from the hull after nearly 80 years.

Our tour next proceeds to the USS Missouri – “The Mighty Mo.” Stand on the deck where the Japanese formally surrendered on September 2, 1945 while the ship was in Tokyo Bay, Japan, bringing WWII to its final close. Be amazed by the massive guns capable of firing shells over 20 miles and learn the story of the dent caused by a crashing Kamikaze pilot.

After your Pearl Harbor visit, we continue to Historic Downtown Honolulu. Your guide will reveal fascinating stories about Hawaii’s royal family while showing you historic architectural landmarks associated with the islands’ time as a kingdom: Iolani Palace, Kawaiahao Church, King Kamehameha the Great Statue, and Aliiolani Hale.

Few experiences can compare to the Battleships of World War II at Pearl Harbor. Make this part of your Oahu vacation. Book your tour today and make sure  to add battleship in Pearl Harbor in your ‘Must Visit List’. 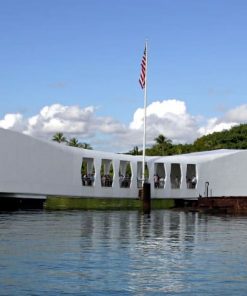 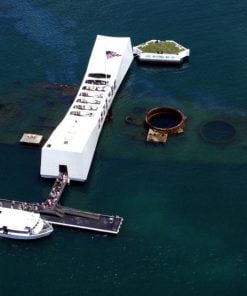 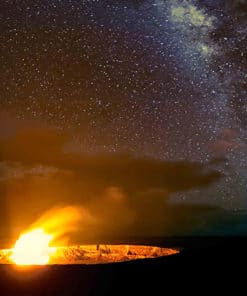